OPINI, KICAUNEWS.COM- The visit is Mgr Paskalis Bruno Syukur OFM, as Bishop of the Sufragan Diocese of Bogor to Abuya Ahmad Muhtadi bin Abuya Dimyati al-Bantani at Roudhatul Ulum Islamic Boarding School, Cidahu, Pandeglang Regency, Thursday 02 June 2022. Actually it became an initial foundation, as well as new chapter, for the history of the continuity of inter-religious life in Banten Province. The model or pattern of visits by non-Islamic (non-Muslim) religious figures/leaders who visited the charismatic Ulama in Banten was, for the first time, carried out by Catholics from the Sufragan Diocese of Bogor.

Where some of the Catholics in the Banten Province area, which consists of Catholics in Labuan, Pandeglang Regency, Lebak Regency, Serang and Cilegon City. Hierarchically, the Catholic Church is shaded by the Sufragan Diocese of Bogor Province. While some Catholics in the Greater Tangerang area, hierarchically the Catholic Church is sheltered by the Archdiocese of Jakarta (KAJ). In the context of building a dialogue and harmony between religious communities in Banten. The meeting two public figures (Catholic-Islamic) represented by Bishop Paskalis Bruno Syukur OFM and Abuya Muhtadi bin Dimyati al-Bantani. Implicitly, leaving the symbolic message that must be interpreted completely and holistically by all religious adherents, especially Muslims and Catholics in Banten Province.

The  First, the visit of Bishop Paskalis Bruno Syukur, OFM from the Sufragan Diocese of Bogor to Cidahu, Pandeglang Regency was the first step, building ties of friendship and cooperation, in building a life of harmony and harmony between religious communities in Banten, especially harmony and harmony between Catholics and Muslims in Banten. Banten.

The Second, religious leaders (Catholic-Islamic) represented by Bishop Paskalis Bruno Syukur OFM and Mama Abuya Dimyati bin Dimyati al-Bantani, are giving examples to each of their followers (Catholic-Islam) for how religious people everywhere can live in harmony. harmonious and able to accept differences as Sunnatullah or necessity, especially the religious community in Banten.

The Third, the symbolic message from the meeting of two religious figures (Catholic-Islamic) implies that all elements of society and stakeholders consisting of the Government, TNI-Polri, and all religious leaders in every corner to work hand in hand, care for diversity, and promote an open attitude. and the attitude of “Tassamuh” or in scientific terms is tolerant.

The Fourth, the symbolic meaning of the encounter between the two religious figures (Catholic-Islamic) also leaves a message that religious people are required to carry out and translate the teachings of their respective religions (Catholic-Islamic) in the life of the nation and state in Indonesia in a kaffah (obedient) manner. without interfering with each other.

And the Fifth, the visit of the Bishop, Mgr Paskalis Bruno Syukur, OFM from Sufragan Diocese of Bogor to Mama Abuya Muhtadi in Cidahu, Pandeglang Regency in outline. Conducted in order to welcome and translate the government program of President Jokowi-Ma’ruf Amin which has officially designated 2022 as the year of Tolerance.

Those, the symbolic meaning or benefits that can studied from the meeting between Mgr Paskalis Bruno Syukur OFM as Bishop the Sufragan Diocese of Bogor, and Abuya Muhtadi in Cidahu, Pandeglang Regency. In fact, denying the existence a “tilted” perception about Banten Province, especially Pandeglang Regency which incidentally is a city of a million santri students, is an area that is not friendly to non-Muslims.

The perception of the province of Banten, especially the Pandeglang district, which is considered harsh and tends to reject differences, or in simpler terms, “not so friendly to non-Muslims” was refuted, after an encounter between Bishop Mgr. Paskalis Bruno Syukur OFM from Diocese Bogor with Abuya Muhtadi bin Abuya Dimyati al-Bantani.

Because of, are Ulama  in Banten, in fact, very open and prioritize the attitude of Tassamuh (tolerance) and Tabayyun. Those, the perception of the province of Banten as a region that is “hard” towards non-Muslims is only a false view. In addition, the government’s efforts have set 2022 year as tolerance.

In the context of building peace, and harmony between religious adherents. The pattern of visits or encounters between religious communities in Indonesia, in fact, must continue to be carried out more intensely and sustainably. Especially by religious leaders on the island of Java. Likewise, the presence of the government, as well as young people, must be able to become mediators or in terms of movement, must be able to become torch of civilization for the nation and state, to bring about the breath harmony between religious communities in Indonesia.

For be able to build national solidarity and cultivate the spirit of diversity in Indonesia, to borrow the words of His Excellency, Mgr Ignatius Cardinal Suharyo as the Pope’s representative in Indonesia, the first step that must be carried out is an encounter. As for the process, the first encounter will indeed arouse suspicion, the second encounter will give birth to longing, and the third encounter will form brotherhood. The meeting is in the form of visits by religious leaders, especially from Catholic-Muslim circles. In this context, it has only been carried out and has occurred among the elite of religious leaders.

In the world context, is the visit of Pope Francis, a high-ranking Catholic religious leader at the Vatican to Ahmed Al-Tayyeb, Grand Imam of Al-Azhar, United Arab Emirates (UAE), on February 4 th, 2019. Where the result of these meetings and encounters gave birth to an agreement on the importance of maintaining world peace, which was stated in the memorandum of understanding of the “Abu Dhabi” document consisting of 44 points and signed by Pope Francis as a Catholic religious leader at the Vatican, and Sheikh Ahmad Al -Tayyeb, Grand Imam of Al-Azhar in the United Arab Emirates (UAE), Egypt.

In Indonesian context, the encounter between religious figures (Catholic-Islamic). As far as the author’s outward observation is concerned, only His Excellency, Mgr Ignatius Cardinal Suharyo with Prof. Dr. KH. Nasaruddin Umar as High Priest the Istiqlal Mosque, Jakarta, and His Excellency, Mgr Paskalis Bruno Syukur OFM as Bishop of the Diocese of Bogor, with Abuya, H. Ahmad Muhtadi as charismatic Ulama in Banten.

The meeting with Mgr Ignatius Cardinal Suharyo, as the representative of the Pope in Indonesia, with Prof. Dr. KH. Nasaruddin Umar, as the High Priest of Majid Istiqlal, Jakarta, this happened during the momentum after Eid al-Fitr, Tuesday, May 3, 2022. Meanwhile, Mgr Paskalis Bruno Syukur, OFM, as Bishop of the Sufragan Diocese of Bogor, met Abuya Muhtadi bin Abuya Dimyati al-Bantani, at Roudhatul Ulum Islamic Boarding School, Cidahu, Pandeglang Regency, occurred on Thursday, 02 June 2022.

Meeting between Mgr. Paskalis Bruno Syukur OFM from Sufragan Diocese of Bogor with Abuya Muhtadi al-Bantani, actually represents the presence of Catholics in Banten. With the meeting of two religious figures (Catholic-Islamic) in Cidahu, Pandeglang Regency, at least it will produce fresh air for harmony and harmony between religious communities. Hopefully with this meeting, it can give birth to positive impact for religious adherents in Banten.

As well as being the starting gate for creating and realizing good and harmonious relations between Muslims and Catholics. In addition, the author also hopes that, with the meeting between the two religious figures (Catholic-Islamic), it be able to torch for the nation’s civilization. Finally, Waallahu A’lam. 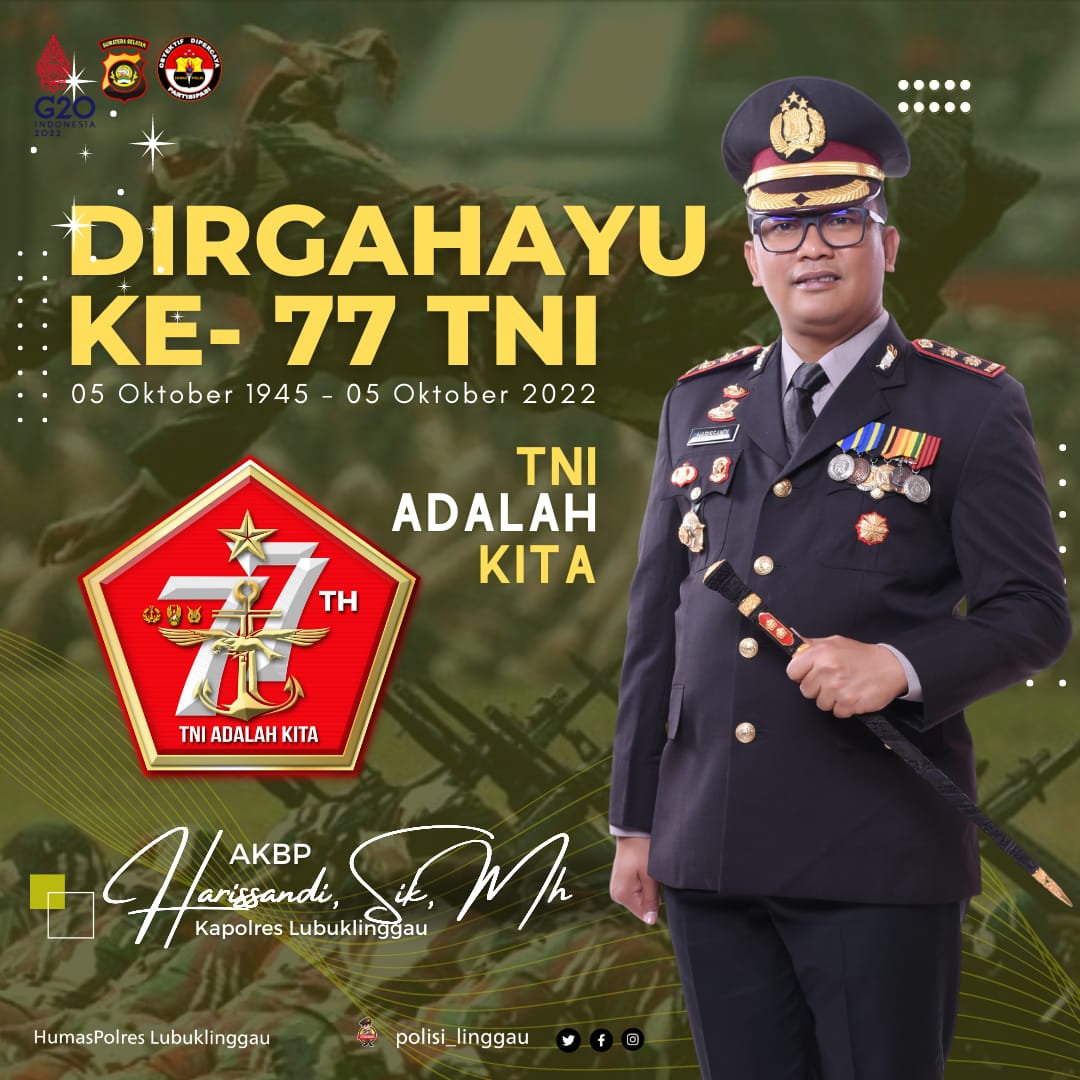 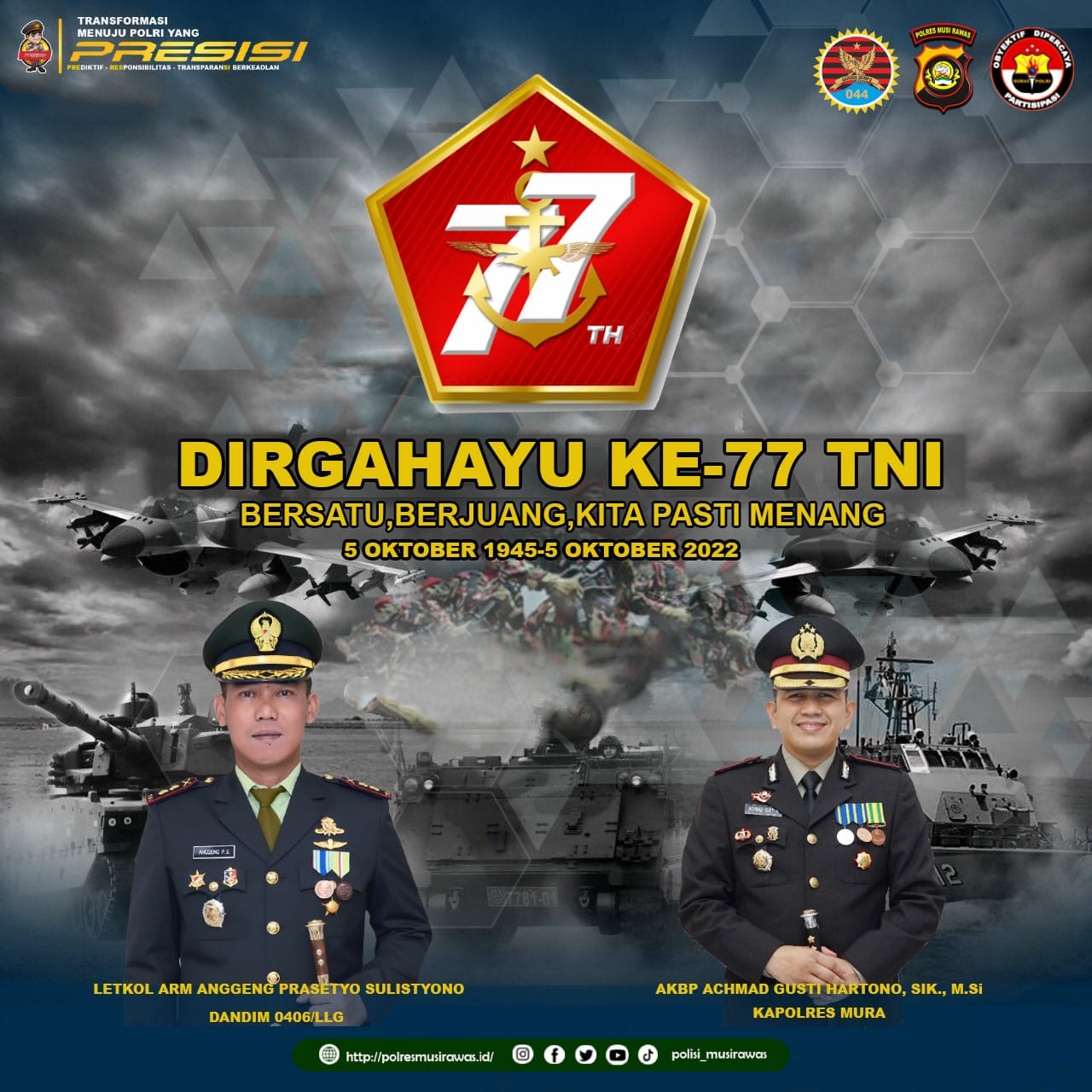 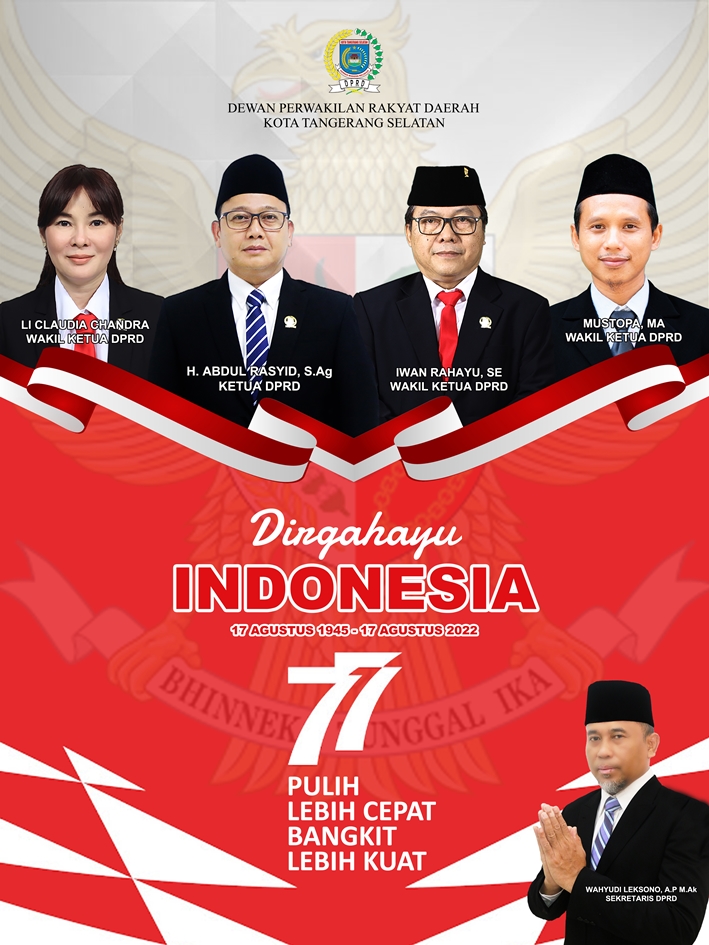 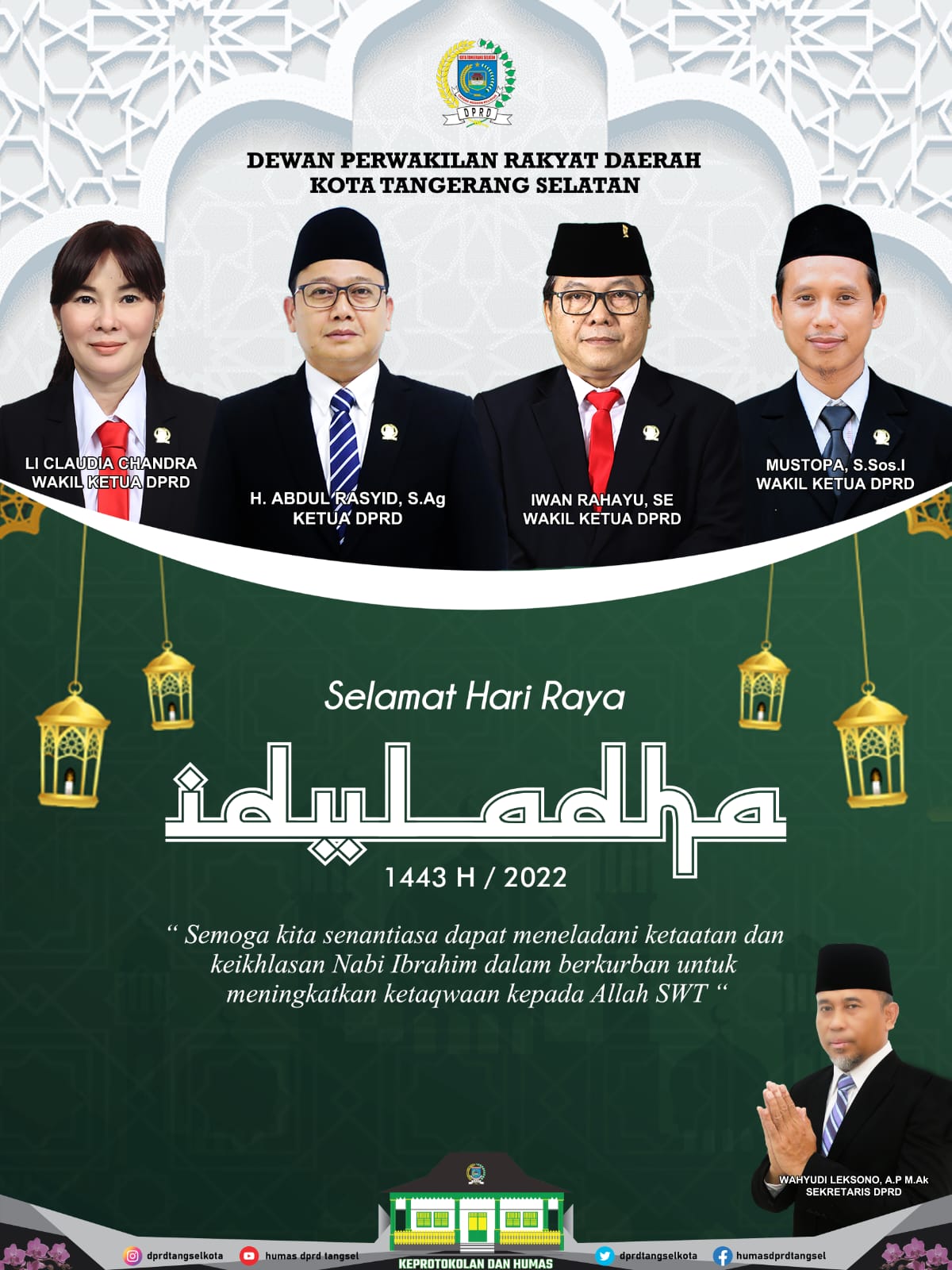 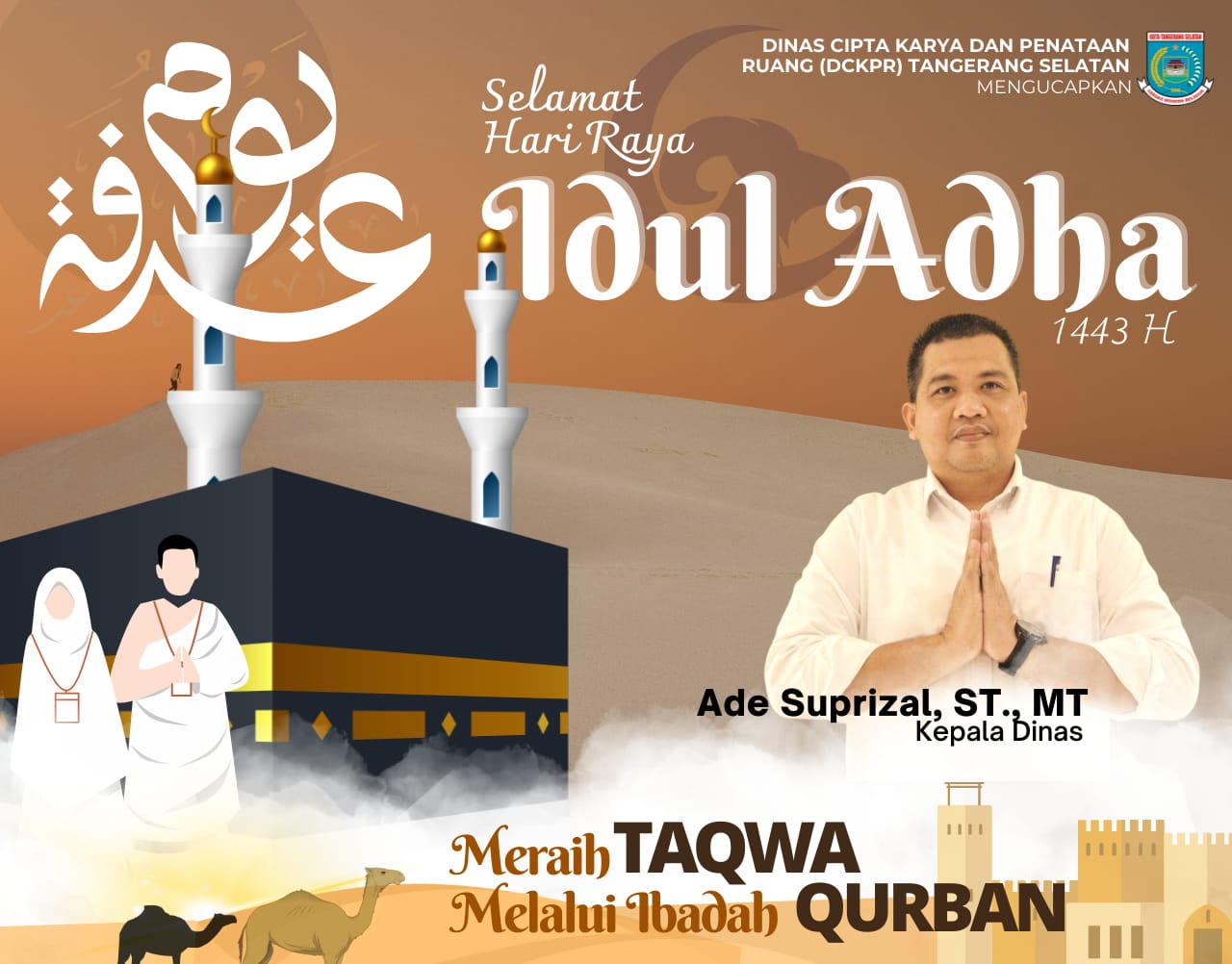